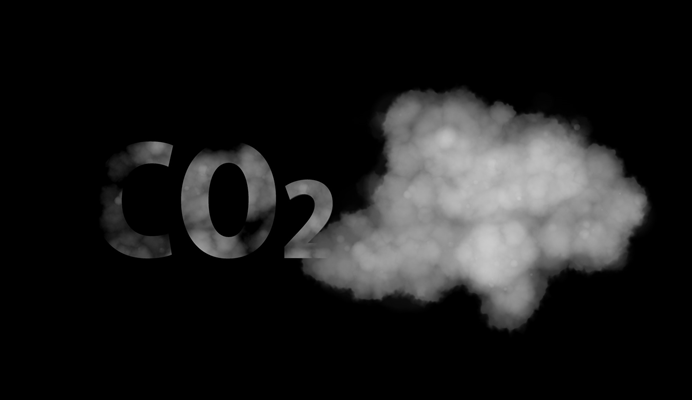 It’s no secret that the carbon dioxide levels in our atmosphere have become a bit of a problem. In fact, annual carbon emissions have increased every single decade since the mid-20th century.

While it’s true that there are natural processes that help to remove excess carbon, they can no longer keep up with the current level of emissions. However, more scientists are investing in the development of carbon dioxide removal (CDR) technology.

So why is removing carbon dioxide so critical? And how does this removal affect our environment? Let’s find out.

What Makes Carbon Dioxide So Bad?

Carbon dioxide (CO2) is a natural part of life. Both humans and animals exhale CO2, while plants absorb it to produce oxygen. However, carbon emission and carbon absorption levels need to remain balanced.

When the levels become unbalanced, it creates a lot of problems. For example, too much CO2 can end up trapping the heat of the sun inside the Earth’s atmosphere. This is the phenomenon known as the greenhouse effect.

The greenhouse effect is largely responsible for the changing climate. Trapped heat makes both the Earth and the oceans much, much hotter.

Why Are Carbon Emissions High?

This is because most machines run on fossil fuels. The combustion of these fossil fuels leads to, you guessed it, carbon dioxide emissions.

In fact, climate scientists estimate that atmospheric concentrations of carbon dioxide have grown by over 40% since the pre-industrial period.

So, how can we help the Earth out and get rid of some of this carbon?

In order to get carbon levels back in balance, it’s a pretty good bet that it’s going to take some serious human effort. Finding alternative sources of energy that don’t rely on fossil fuels is imperative. But that’s only one part of the equation.

Carbon dioxide can last a long time in the air. This means removing the already existing carbon is just as important as preventing new excess carbon emissions.

Currently, many carbon dioxide removal (CDR) technologies are still in the early stages of their development. This can make them a bit expensive. There have also been some concerns about safety, equity, and effectiveness.

However, as multiple sectors invest in these technologies, they will likely develop fairly quickly.

The Various Approaches to CO2 Removal

CDR includes a variety of different approaches. Each of these removes carbon dioxide from either the land, air, or ocean.

Let’s take a closer look at how each of these methods work.

Direct air capture is one of the more expensive methods of CDR. This is because it requires large amounts of energy.

It works by using large fans that draw in and absorb carbon dioxide from materials that produce high levels of carbon emissions. By heating these materials, the carbon dioxide can be released and concentrated.

After capturing the carbon dioxide, there are a couple of options. These include:

By reusing this carbon, it can help to reduce emissions in sectors that are hard to decarbonize, such as aviation. You can learn more about direct air capture here: https://climeworks.com/what-is-direct-air-capture-and-storage.

Plants absorb carbon, but so does soil. Soil sequestration allows land managers and farmers to hold on to excess carbon dioxide by storing it in the soil. This prevents it from returning back into the air.

Some of the methods used to prevent carbon from leaving the soil include:

Storing carbon within the soil can also help to improve the quality of the soil. This will help to increase food production levels.

The issue with soil carbon sequestration is that it is difficult to measure. This can make it hard to know how effective this method is at reducing carbon levels.

Did you know that you can use plants as a fuel source? This happens through a process called bioenergy with carbon capture and storage, or BECCS.

This process begins with the burning of biomass, which creates energy. Examples of biomass include leftover corn stalks used to make ethanol.

The BECCS process captures and stores the carbon dioxide that is released during biomass burning. This is the same capture process that is used in the DAC method of carbon dioxide removal.

It is important that this process is thorough and implemented responsibly to avoid unintended negative effects on the environment.

Biochar is similar to charcoal and is able to store carbon. To create it, agriculture or forestry industries burn plant waste in a low-oxygen environment. Pyrolysis is the name of this process.

The biochar is then buried in the soil. Much like soil sequestration, biochar allows the soil to hold on to the CO2 and keep it out of the atmosphere. Again, this helps to improve the quality of the soil.

Pyrolysis can also create bio-oil. Bio-oil is a carbon-rich liquid that is stable. By pumping it deep underground, it may be durably stored.

Similarly to soil sequestration, however, it can be difficult to measure the effectiveness of this process.

Unfortunately, this process occurs a bit too slowly in nature to be effective at reducing the current levels of carbon emissions. Enhanced mineralization, however, can help to speed up this process.

To do this, crushed-up minerals, such as basalt and olivine, are spread into the soil and ocean in large amounts. Here, they can work to absorb excess carbon dioxide.

Pretty much all the minerals needed for enhanced mineralization occur naturally. However, it can be time-consuming, energy-consuming, and costly to harvest them.

Increased carbon dioxide rates are arguably the most damaging to our oceans. As the oceans become hotter and hotter, their biodiversity may have a hard time adapting.

Ocean-based CDR is a great way to store carbon and prevent too much damage. In fact, seagrass and mangrove forests along the coastline actually store more carbon per acre than the forests on land.

The process of restoring and protecting these carbon-absorbing habitats is known as blue carbon. Blue carbon efforts are currently underway.

Additionally, there is an increased effort to regrow kelp. Kelp also appears to be quite adept at absorbing carbon. However, more research is needed to determine just how effective kelp is at carbon absorption.

Reforestation efforts were some of the first implemented to help fight climate change. Plants, specifically trees, are some of the most effective carbon absorbers in the world. By replanting trees that have been cut down or removed, the natural world can do what it does best.

The only downside with reforestation is that it takes time. Trees are slow-growing. They also require large plots of land, which can be difficult to obtain.

Additionally, the growing frequency of large-scale forest fires means reforestation efforts will need to ramp up quickly in order to be truly effective. Though reforestation is the most natural form of CDR, it will need a bit of extra help to truly reduce CO2 levels.

The Long-Term Effects of CDR

Though CDR is still a bit of an untested area, there is plenty of evidence that reducing carbon levels will be beneficial to the environment.

Implementing carbon dioxide removal can help lower global temperatures both on land and in our oceans. Many CDR efforts also help to improve soil health. This can be essential in increasing global food production.

Additionally, CDR may be necessary to conserve biodiversity. It’s no secret that humans, animals, and plants will have to adapt to the changing climate. CDR can help give us a little extra time to make those adaptations.

Creating an Environment That Lasts

Ultimately, to fight the effects of climate change, it is critical to both reduce carbon emissions and absorb the existing excess. Carbon dioxide removal is still a relatively new field of study. But it is one that is developing rapidly.

To learn more about some of the growing technologies in the climate sector, check out our Tech section. You can also leave a comment below to share your own ideas on climate change.