The Importance of Human Resources for Businesses 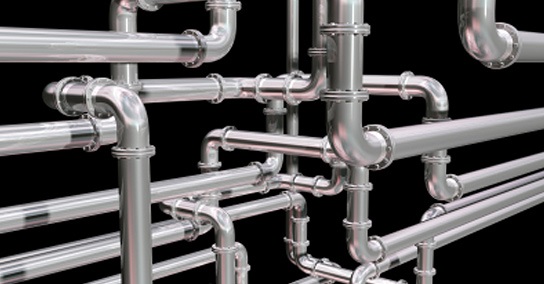 The plumbing pipes system is simply a group of pipes in addition to fittings. Both of gas and water needs to be supplied through the piping system inside and out of your house. The plumbing pipes system will provide clean water to your residence from the main water supply for drinking and bathing. Recently, the plumbing pipes are used for recycled water for toilet flushing. In this article, we will get to know the different types of plumbing.

The different types of plumbing pipes

Copper plumbing pipes have been the most typical pipes used in the past, especially, in Sydney. Several of these pipes are actually approaching sixty years old; however, most of these pipes are showing a small sign of aging. Copper pipes resist rust very well and are also excellent for transporting both cold and hot water; they are also perfect for transporting gas. Until recently, copper pipes were usually united with soldered fittings. Nowadays, new crimp fittings are available, which decreasesthe installation time.

Plastic pipes are available in different compositions. They are light-weight, some of them are chemically resistant, easy to connect, and non-corrosive. It is essential that the plumber is considering the water pressure of your house that is because plastic pipes are classified under different temperature and pressure limitations. The most common plastic materials applied to a range of purposes in buildings are:

Galvanized or gal pipes were widely used in Australian constructions till the 1960’s. They are actually metal pipes treated by using a layer of zinc, that for preventing rust and increasing the pipe’s lifetime. Galvanized pipes were utilized for both cold water and occasionally for hot water.

In lots of old houses, perhaps you’ll find clay pipes; they were designed for underground pumping systems such as wastes, stormwater, and sewerage. If these systems are damaged and a remodeling project is required, the plumber is going to use PVC pipes to extend from the original clay pipe. Clay pipe still continues to be purchased if they’re necessary needed.

Cast iron piping is significantly more effective against corrosion compared to galvanized pipes, simply because of its external and internal coating. Although it is not used in pumping regularly in these days, it can be seen in mansions where pipes run through commonplaces of a building.

Both families and organizations are experiencing a difficult issues while choosing their plumbing pipes system. The choices nowadays aren’t as obvious as it might have been previously while the choices were limited to galvanizedpipes; I have provided some different types of plumbing pipes to easily choose from. Thus, it is important to choose a plumber who is knowledgeable in these matters such as Local Plumbing Heroes the plumber in Sydney.