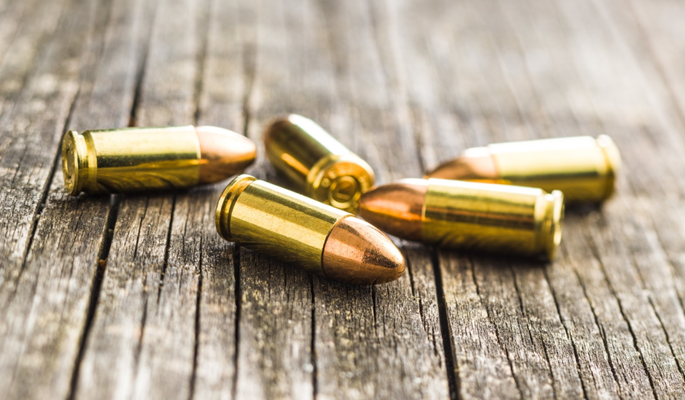 There are so many different brands of bullets out there, and it can feel like something that you can just pick up at the store, right?

If you want to get the best for a self-defense weapon or a hunting situation, choosing the right type of ammunition can be something worth spending some time thinking about first. After all, you want to be confident in the choice of bullet you’ve made and that it’ll hit its mark when you need it to.

Round nose ammunition is the most basic type of ammo used in hunting and target shooting. The bullet is a piece of lead and shaped like a cylinder.

The point of the bullet is rounded, which makes it less aerodynamic than other types of ammunition. This design allows the bullet to expand on impact, making it more effective at stopping power.

But, what is hollow point ammunition? It is less common but is often used by law enforcement and the military. The nose of the bullet is hollowed out, and the base is usually solid.

This is less accurate since the expanding effect can cause the bullet to veer off course. This type of ammunition can expand on impact and create a larger wound cavity.

The Pros and Cons

Round nose ammo is often used for plinking or target practice. It can be used for self-defense but is less effective than hollow point ammo because it does not expand upon impact and can thus pass through an aggressor, potentially causing collateral damage.

For instance, an Aguila Super Extra can be beneficial in situations like shooting at an animal for food, where you don’t want to cause too much damage.

Meanwhile, hollow point ammo is more effective for self-defense because it expands upon impact, creating a larger wound channel. It can sometimes over-penetrate, meaning it can go through the target and hit something else beyond. It can be beneficial in self-defense situations where stopping the threat is the goal.

Hollow point ammunition is more expensive than standard ammunition. It varies depending on many factors, such as the manufacturer, the type of gun it is for, and where it is being bought from.

Difference Between Round Nose and Hollow Point Ammunition

If you’re ever unsure about which type of ammunition to use, remember that a round nose is best for target shooting while a hollow point is better for self-defense. Keep these tips in mind the next time you head to the shooting range or go to buy ammo!

If you want to find more informative articles, check out the rest of our blogs!