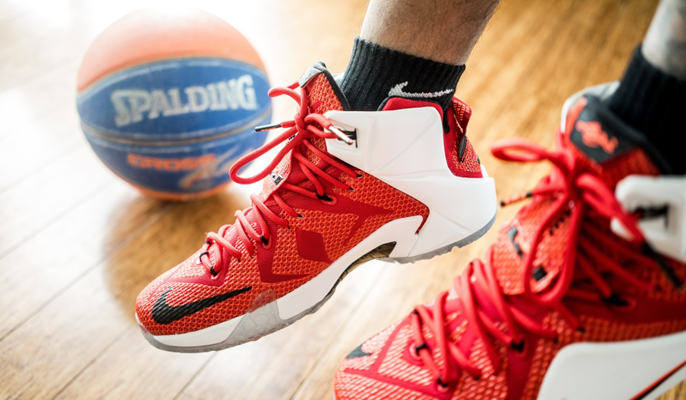 Whenever you’re walking down the street, one shoe you’re bound to see on someone’s feet is the Nike Dunk High. It was created in 1985 by Nike designer Peter Moore.

The shoe was initially meant for basketball purposes, led by the Jordan 1 shoes worn by Michael Jordan. But over time, it grew in popularity as a basketball shoe and fashionable accessory.

These days, there are so many Dunk High colorways available that it’s hard to keep tabs on each one. Furthermore, they can be pricey at times, hindering your ability to get one.

But, if you’ve had your eye on these sneakers for a while, we’ve got you covered. In our guide below, we’ll outline Dunk High release dates, prices, and colorways.

If you’re a fan of boxing, wrestling, or any sport with fancy championship belts, this shoe is for you. It’s part of Nike’s continuing “World Champ” series that started earlier this year.

The sneaker has a white leather base with black nubuck overlays. It also has a purple lining with gold tongue branding to match the wrestling belt shoelace tag.

Unfortunately, there has been no update on this shoe’s release date. But keep your eyes peeled in the coming months.

One of the first colorways has a white canvas base with brown leather overlays. Another colorway will have a grey base, smoke grey overlays, and a citrus white sole. To make it pop, you’ll have pink foam laces.

And just in case someone wants to check your swag at the door, you can show them the “Certified Fresh” stamp on the tongue or the insole. Be on the lookout for these colorways during the summer.

For all you coffee lovers out there, you can now express your love for the caffeinated beverage through your shoes. Nike plans to release a “Mocha” colorway later in the year.

The shoe’s base light tan base helps attract some eyes and increases appeal with the brown overlays, lining, and outsole. It finishes with a white midsole, laces, tongue, and Swooshes to help it stand out even further.

Independence Day is one of the great American holidays where we celebrate our country’s freedom from British rule. And what better way to show your love for your country than to have sneakers matching our flag’s colors?

The Dunk High “USA” establishes its flare with a white base, bright red overlays, and blue Swooshes. Be on the lookout for these sneakers later in May or early June so that you can get them in time for the festivities.

Another new Dunk High colorway announced by Nike is “University Red.” It has a white leather base, while the Swooshes, lining, outsole, and laces are all red.

The white tongue and midsole complete the design, balancing out the colors. Its release is planned for May 17th, 2022, and prices will start at $115. Get them quick because they’re bound to sell out fast.

Do you need a brighter dunk high colorway? Are you looking for one to match your chill demeanor? If so, look no further than the Dunk High “Blue Chill.”

The shoe is leather all around with a white base and light blue overlays, Swooshes, and lining. The tongue branding is a bright yellow to give it that “it” factor.

There’s no release date or price information available for these sneakers yet. But be on the lookout over the next few months.

When you think of Marvel movies, what characters come to mind? Let’s assume Spiderman, the Hulk, Ironman, and Captain America.

Another character whose popularity has grown over the years with his own movies is Deadpool. Also, to commemorate its popularity, Nike has unveiled its plan to release a Dunk High colorway.

The base will be black, with red overlays. The white Swooshes give it some additional color, like the eye slots on Deadpool’s mask.

Although there’s no scheduled release date, these sneakers should be available by Spring 2022. So if you plan on dressing up as Deadpool for Halloween, you’ll have some sneakers to match your costume.

If you live in New York City and say that you’re a Mets fan, people might question your baseball knowledge. It’s not that anything is wrong with supporting the Mets; most people assume you would be a Yankees fan.

Nonetheless, being a Mets fan will finally pay off when Nike releases their SB Dunk High colorway on July 1st, 2022. It’s inspired by the current Mets away uniform.

Instead of the patent leather that you’re used to with most Nike shoes, these have grey suede all over. The Swooshes and inline are a mix of blue and orange.

However, the standout details reside on the right and left shoe tongues. The left pays homage to the 7-train, a subway line that takes you straight to the Mets’ home stadium.

The right tongue has the Mets skyline logo with a red apple, signifying New York City’s nickname, “The Big Apple.” If you want to cop a pair, the retail price will be around $120.00.

Gundam is one of the longest-running anime shows, dating back to the early 1990s. And this year, Nike decided to dedicate one of its SB sneaker releases to the Gundam franchise.

The shoe’s name is “Unicorn,” highlighting the iconic Mobile Suit Gundam called Unicorn in the show. It’s white leather all around with red outlines surrounding various parts of the sneaker.

The lining, tongue, and outsole are black, and there’s a small unicorn on the outside of the shoe. But what stands out is the Swoosh.

It’s a golden yellow that’s broken up to look like part of the Gundam when it transforms. If you’re an anime fan and ready to add this shoe to your collection, click here now.

Sometimes it can be challenging to find a pair of shoes to go with your jeans. But what if your shoes had a small amount of denim in the design?

The Nike Dunk High “Washed Denim” has a white base, but the overlays are denim. Then red fills the Swoosh, tongue branding, and insoles.

There’s no release date and price yet, but these will most likely appear on the market sometime this summer. When they do, cop a pair, so you never have to worry about what to wear with your jeans again.

Do you love elephants? It’s hard not to because of how intelligent and caring these animals are.

Furthermore, Nike loves to represent different cultural icons with their sneakers (as you can see from the various colorways). That’s where this “Culture Day” colorway comes in. The extinct Naumann elephant inspires this design.

It’s a wolf-grey base with a combination of suede and tumbled leather. The outsoles and insoles are translucent, while the laces are cream.

These shoes are available to purchase right now. But unfortunately, they’re only available with Asian sneaker retailers. So if you plan on taking a trip abroad soon, make sure to grab a pair to add to your collection.

If you’re a fan of the vegetable beetroot, you’re in luck. Nike is planning to release a colorway in its honor.

It’s a complete leather base with beetroot overlays, Swooshes, outsole, and laces. Wolf grey is mixed in to help balance out the colors, with a white midsole to complete the look.

There’s no word on when these Dunk High sneakers will get released. But keep your alerts on so you can grab a pair once they drop.

Coco Chanel once said, “A woman needs ropes and ropes of pearls.” But, while you may not think you have rock ropes of pearls, you can always have them on your sneakers.

The Dunk High “Pearl” has a light blue hue all around with a white outsole. However, the main feature is the Swoosh; it’s outlined with pearl studs.

Be on the lookout for these sneakers this summer. There’s no official release date, but the retail price will be $110.

If you’re a baseball fan on the West Coast, you’re probably wondering if your favorite team will have a colorway too. The answer is yes, and it’s for fans of the San Francisco Giants.

It’s a simple design, with a cream mesh and suede base. The outsole and Swoosh are black with orange outlines, mimicking the team’s uniform.

You have two symbols on the inside of the shoe tongues; a baseball glove and a kayak. They represent individuals kayaking in McCovey Cove hoping to catch a home run and the giant baseball glove outside Oracle Park.

There’s a splash of pink on the back end of the shoe outsole signifying the candy most players eat while on base. Expect these sneakers to hit select retailers on June 1st, 2022, for $120.00.

This spring, Nike is debuting its ‘Athletic Club’ collection, and Dunk High will join the fray. This colorway features a white leather base and grey overlays.

The Swoosh is red, while the white tongues have ‘Athletic Club’ printed on them. You have the word ‘DUNK’ on the lateral ankle, letting everyone know how powerful your sneaker game is.

The release date and retail price have yet to be announced. But these sneakers should be available sometime this spring.

If you don’t want an exotic Dunk High colorway, you can always go with something more subtle, like the white and green design. The base is white, with green overlays, tongue, and outsole.

The Swooshes, midsole, and laces are all white, which balances out this colorway. Keep an eye out during the spring for their release.

Another Dunk High denim colorway available is the ‘1985 Pink Denim.’ It pays homage to the original Dunk High model released in 1985.

The white leather base is covered by pink denim overlays, with red stitching surrounding it. Underneath is a cream midsole, while the outsole is a soft pink.

Check sneaker retailers for this colorway in the coming weeks. The price is set at $130.

The Nike Dunk High ‘Pink Prime’ was officially released on May 5th, 2022, for $115. It’s a significant release because it exclusively comes in women’s sizing (sorry, gents).

It’s a subtle yet robust design at the same time. The pink prime overlays cover the white leather base, while the Swoosh, laces, and outsole are all pink.

Having one pair of Nike Dunk High sneakers is great. But what if you had a few different pairs?

Various colorways will be out in a matter of time, and these shoes might be a bit over budget. So it’s time to start saving your coins.

Keep tabs on the one you’re interested in and buy them upon release. Then watch how your sneaker game elevates to the next level.

Hopefully, you’ve gained some valuable information from this article. For more sneaker-related content, feel free to read our other posts.