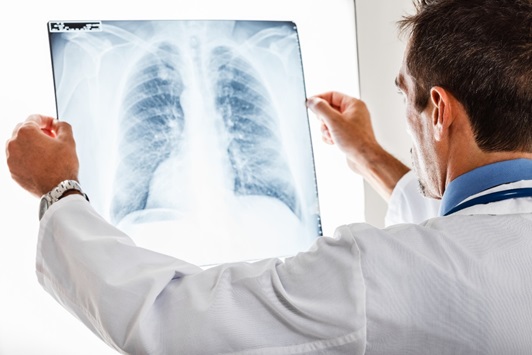 Lung cancer is the second most common cancer in the United States with more than 160,000 people dying of the disease each year.

Unfortunately, this type of cancer has very few early stage symptoms, which means by the time it’s diagnosed, it may’ve spread.

Experts at House Call Doctor say if you have a persistent cough, it’s important you seek medical advice to ensure there’s not a more serious underlying problem.

What you need to know about lung cancer

There are two types of cancer affecting the lungs:

The main symptoms of lung cancer include:

There are a few uncommon symptoms of lung cancer which include:

The most common cause of lung cancer is smoking. Others include:

If the cancer is detected early and the cells only affect a small area of the lung, surgery is typically used to remove the affected area. If the cancer has spread, there are a wide range of treatments such as radiation therapy, chemotherapy and targeted therapy.