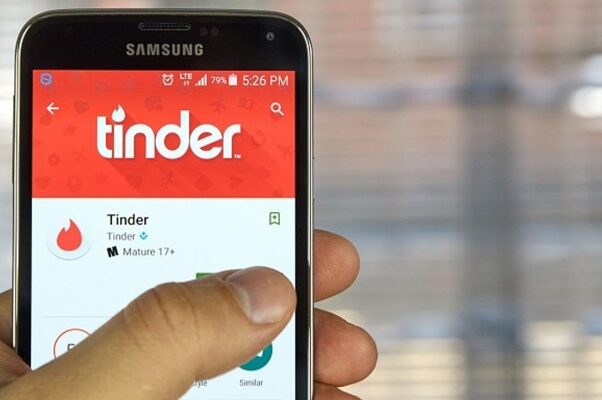 21 year old Eliana Silver joined Tinder so she could meet new people. She’d arrived in Aberdeen from the US and wanted to make friends and maybe find a relationship.

Attending university to study journalism would be quite enough for some people to deal with but Eliana wanted to expand her social scene.

What she found though was people looking for “hook-ups” and in her own words, she was quite “picky” about who she met up with so didn’t take them seriously.

This didn’t put off would-be suitors though and the student was swiped right on around 100,000 times per week and whilst she met up with a couple of men, she eventually ditched the app and finally met a boyfriend in person.

She has now deserted Tinder and says that meeting people in person is much more effective.

She met her boyfriend through mutual friends and this does seem to be a reliable way to meet a new love interest.

After all, your date is coming to you pre-vetted and your friends can vouch for their trustworthiness.

This is probably what Whitney Wolfe Herd, one time marketing whizz at Tinder thought when she met Justin Mateen who was part of the top-tier management there a few years ago.

But it all went south quite quickly and Wolfe Herd found herself in a pretty shocking situation.

Sean Rad, the then CEO of Tinder was close enough to Wolfe Herd and Mateen to call them both friends – so you might think he’d support Wolfe Herd when Mateen turned nasty.

Rad called Wolfe Herd“dramatic” when she complained about the threats and abuse and basically ignored the issue – even when Mateen called her a “whore” at a work event.

As CEO of Tinder, Rad had a duty to Wolfe Herd and he failed badly in it. He didn’t take her situation seriously so when she sued and the case was settled out of court, you’d think Rad might be keen to polish up his tarnished reputation right?

Wrong. Instead, Rad gave terrible interviews and made ridiculous statements which did nothing to improve his standing.

He lost his position as CEO sometime later.

Dating is a minefield for sure and whilst online dating shows no sign of slowing down, perhaps there is something to be said for meeting people in real life?