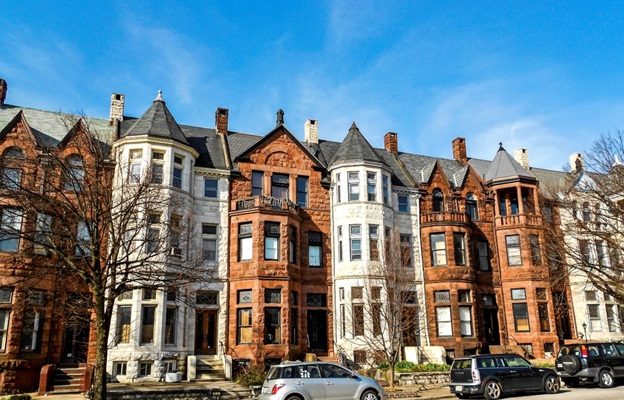 Finding yourself in old Baltimore, surrounded by the ancient colonial architecture of buildings, you will touch one of the richest pages of US history. In addition, there are many reasons to visit this amazing city, especially for tourists using car rental while travelling:

Baltimore is famous for its crabs. Actually, namely the meat of blue crab is considered the main highlight of Maryland. And the most famous delicacy of crabs in Baltimore is the crab-cake, which in fact represents something like a cutlet or pancake. You can try them almost everywhere, but tourists choose Peter’s Pour House.

Admire the city from above

Go to the World Trade Center, where on the 27th floor there is the observation deck Top of The World. From here, you can admire the beautiful view of the harbor and the whole of Baltimore.

Generally, tourists are attracted primarily by the Inner Harbor, the pride of the city. Everywhere in the harbor you will find different art galleries, museums, cafes, designer shops and clubs. Here ships are moored, sometimes quite old, which can be visited with an excursion. In addition, the main attractions of the city are concentrated mainly there: the aquarium, the state science center, the children’s museum Port Discovery and the World Trade Center.

Get acquainted with the art

Tourists with creative view can rent a car and drive to the Baltimore Museum of Art. The museum collection covers art from all over the world. The largest collection of artworks of the legendary master Matisse is demonstrated there permanently. Also in the museum are the works of other world-famous painters – Picasso, Cezanne, Van Gogh and Warhol.

Look at the main building of the city

Every tourist must see the main historical sight of the city – Baltimore Basilica. In the architectural sense, basilica is not similar to the typical dark Gothic and medieval European churches: it looks like a light classical cathedral, gorgeous, in which all the lines and details are made symmetrically. Moreover, it can even be compared with the Washington Capitol.

Take a ride along the bridge

There are many opportunities for discovering new things when you choose car rental in Baltimore. On a rented car, it is possible to move along the Chesapeake Bridge, better known as Bay Bridge. It is actually two bridges, each with a movement in its direction, so that you can immediately go back. Moreover, going to the west, you will go straight to Washington.

Go to the aquarium

The National Aquarium of Baltimore is united with Washington, and as a whole there live about 16 000 animals. You will also seea demonstration of tropical forest and coral rock, a reservoir with sharks and dolphins, a 4D underground theater and a pavilion of marine mammals.

Learn everything about dinosaurs

In the south-western part of the inner harbor there is one of the important leisure centers of the city’s residents and tourists – Maryland Science Center. The Center is famous for its planetarium and dinosaur museum, having two dozen skeletons of dinosaurs. It is one of the top 10 best centers of enlightenment for families.

With the help of car rental in USA, you can reach the old city Annapolis, which is the former capital of the United States and is still the capital of Maryland. It is situated about 40 km from Baltimore.Being the oldest city in the country, here the buildings from the 18th century are found very often, as well as the Academy of the US Navy.