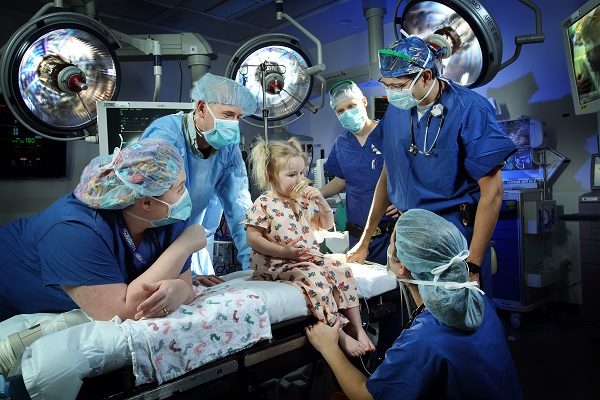 For very young children who require surgical procedures, anesthetic and sedation drugs are a must. The goal of an anesthesia management company is to always provide office-based anesthesia services that are a safe alternative to surgery in the hospital. For office anesthesia to be successful in young children, the services are administered with the safety of the young patient as the main priority, and perhaps even more vigilantly, than the services administered in hospitals or surgery centers. This may alleviate some concerns that some parents may be experiencing in light of recent developments regarding the effect of anesthesia on young children.

Warnings Regarding Anesthesia and Children

On December 14, 2016, the Food and Drug Administration issued a Drug Safety Communication that warned about the effects of the repeated use of general anesthesia and sedation drugs in children under the age of three and in pregnant women. Some months later, on April, 27, 2017, the FDA updated the communication with a warning that stated the exposure to anesthetics and sedation drugs can have a negative impact on the brain development of children younger than 3 years old.

The communications were in response the results of anesthesia studies conducted on certain animals, including primates. While those findings had been addressed by three separate FDA advisory committees, in 2007, 2011 and 2014, the FDA was prompted to issue the communications due to concerns that some practitioners who use the medications tested in the studies were not aware of the studies’ results. This would impair a practitioner’s ability to make informed decisions about the dangers and benefits of procedures requiring sedation or anesthesia, which in turn could prevent families from being properly educated and from providing consent that is truly informed.

The American Academy of Pediatrics issued a response that advised parents and medical practitioners to consider the risks of postponing critical surgical and diagnostic procedures due to the FDA communications. It referred to recently controlled trials conducted in human and numerous epidemiological studies on large populations that showed that children who undergo a single, short-term anesthetic or sedation procedures show no developmental issues. The response of the AAP was endorsed by multiple professional medical organizations, some of which included the American Society of Anesthesiologists, the Society for Pediatric Anesthesia, the International Anesthesia Research Society, the Pediatric Anesthesia Leadership Council and the Society for Pediatric Pain Medicine.

These developments reinforce the principle that the services an anesthesia management company provides for office-based medical procedures have to be provided in a safe manner. Patient selection and clinical analysis are particularly critical when considering pediatric patients, as are having anesthesia professionals who are on hand to respond to a pediatric emergency.